The tranquil and picturesque parish of Bury lies in the Chichester district of West Sussex within the South Downs National Park, created in 2010. It has a strong agricultural heritage and comprises pasture and arable land with large areas of woodland.

The majority of the Parish lies between the chalk of the scarp slope of the Downs in the south and the clay of the Weald in the north east. There is a substantial area of greensand in the middle, running east west to the water meadows on the alluvium of the Arun river valley.

The varied geology and topography has created a variety of habitats from deciduous woodlands, copses, hedgerows, and ancient trees to scrub, heathland, acid, calcareous and unimproved wet grassland.

Bury village is the largest settlement within the parish and is located five miles south-west of Pulborough. The eastern border of the village runs along the River Arun.

There are a number of historic houses in the village and a large modern village hall. There is one pub, the Squire and Horse, beside the A29, a nursery/garden centre, and a petrol filling station also located on the A29, as well as Charlie’s farm shop at South View Farm off the A29 and another small shop in West Burton selling a limited range of produce. 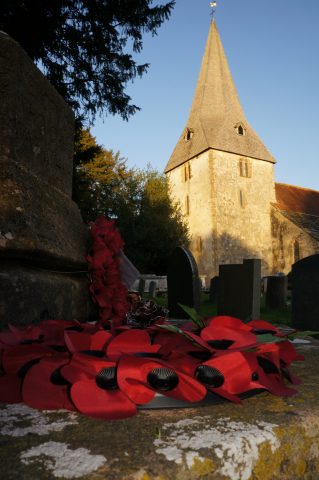 The Anglican parish church of St John the Evangelist (what3words: tuck.trending.vans; OS grid ref: TQ016130) is dominated by a 12th Century tower with a cedar-shingled spire. Bury’s wharf area beside the River Arun, where villagers have the right to launch boats, was the setting for an historic passenger ferry service which linked Bury with nearby Amberley for around 1,000 years until the ferry was discontinued in the 1950s. The village has two schools, the Church of England (Aided) Primary School in West Burton lane and the private Dorset House Preparatory School off Church Lane.

West Burton is situated to the west of Bury. It is built on a Saxon ‘figure of eight’ design still apparent today and features several larger houses indicating a historically prosperous agrarian community.

Bury and West Burton are connected by the Coffin Trail, an ancient footpath which runs through the countryside to Bury’s St John the Evangelist Church, the route taken for centuries when deceased were brought to Bury church for burial.

The settlements of Bury Common and Bury Gate are in the main ribbon development spreading out along the A29 and the B2138 up to Coates and Horncroft Commons. There are also a number of scattered cottages and houses throughout the agricultural heartland of the parish.

There are many period houses in Bury and one of the most impressive is Grade II Listed Bury Manor, which overlooks the river and is currently occupied by Dorset House Preparatory School, together with The Great Barn within its grounds which was built in the 16th Century. The oldest parts of the house are the much altered south and west wings which are medieval.

Bury House (Grade II Listed) is another prominent property located in The Street was the home of the late novelist and playwright John Galsworthy. Bury House has since been converted and divided into self-contained apartments. A number of the properties close to Bury House were built during John Galsworthy’s residence in the village (from 1926 to 1933) and are named after places or characters in his books.

One of the oldest properties is commonly believed to be Grade II listed Jessamine Cottage at the lower end of Church Lane, which was the ferryman’s cottage before the current Ferry Cottage located adjacent to Jessamine was built in the 18th Century.

The Old Cottage (Grade II Listed and now divided into Old Cottage East and Old Cottage West) in The Street is believed to be 16th Century or earlier. On inspection by the Weald and Downland Museum it was suggested that this was originally a Hall House and likely built in the 15th Century. Copyhold in Church Lane is another Hall House probably dating back to the 16th Century or earlier. The remains of the original smoke hole have been discovered within its roof space.