Cricket has been played in Bury ever since the game was invented. Records indicate matches took place on Bury Hill in 1702, and whilst Arundel Estate claim to be the host team, it’s more than likely men of Bury were involved.

Bury Cricket Club has been reported to be the third oldest in the country. That may be doubtful, but it is certain this part of Sussex was the home of Stoolball (for ladies) and there is no doubt Bury was among the first village sides. Records exist of Bury CC playing in 1745 and there was an unmarried ladies team versus married ladies in 1770 on Bury Hill.

In 1934, Major Holland and John Bastable gave money and materials for Cricket Club members to build a pavilion on the current Bury recreation ground. In 1946, Mr Bastable lent the money to create the pitch and ‘square’.

Families have always been the backbone of the club, including the Henleys, Elliotts, Turners, Richards, Kilhams, Rowsells. Gladys Henley’s scorebooks were a work of art, kept in different coloured fountain pen – with no mistakes in 35 years.

In the 1950s, Capt. Tuck, R.N., captained the side. He opened the bowling, opened the batting and when tired of bowling, replaced himself with a ‘nipper’. And when he was out, he went home.

In those days, Bury CC was known as a team to be reckoned with.In recent years the side may not have quite met those high standards but is still one to be reckoned with, invited to six Horn Fairs at Ebernoe, winning two, winning the ‘Clymping Knockout’ four times and the ‘Plate’ four times, and twice being losing finalists in the Peacock Cup.

In the 1930s, the club had the patronage of John Galsworthy, of Forsyte Saga fame, a village resident. He presented a cup to be played for annually between the village and his publishers, Heinemann Press/Windmill Press. This fixture continued after his death and for a few years after the war. Then, when Heinemann found the Cup after moving offices, they played again between 1983 and 1986. Bury won all four matches and kept the Galsworthy Cup, now loaned to Storrington Museum.

Today, the ground is still beautiful (but on a busy road), and the wicket well maintained by volunteers. With no club house bar, adjournments used to go to The Black Dog & Duck for match post-mortems, now replaced by ‘The Squire’.

In recent years, the club’s fixture list has had to evolve, now reduced to 15 friendlies between April and September, mainly against local rivals. New members of all ages and abilities are always welcome. Call club captain Will Rowsell on 07712 626809.

Bury Horticultural Society holds two shows a year, Spring and Autumn, and two Coffee Mornings with Plant Sales, May and October.
The Shows cover classes in Flowers, Vegetables, Flower Arrangements, Cookery, Craft including Photography and Handiwork and there is also a section just for children divided into two groups – under 8 and 8 to 15 years old. One section in the show is solely for new entrants and any points gained will go towards an annual prize. The shows are generally well attended with a lot of friendly banter between the entrants. Judges are encouraged to make comments on the various cards regarding each entry, in order to help people improve the items in future years. The annual programme for the shows is delivered around the village, normally in January.

The Coffee Mornings/Plant Sales form part of the Village Coffee Morning schedule, which are held on the first Saturday of each month. The Horticultural Society May Coffee Morning includes a number of bedding plants and vegetables as well as other plants donated by various village residents. The October Coffee Morning also has a number of plants, and the Society also tries to obtain a very good selection of bulbs at bargain prices.

The society’s programme of events for 2022 can be accessed here. 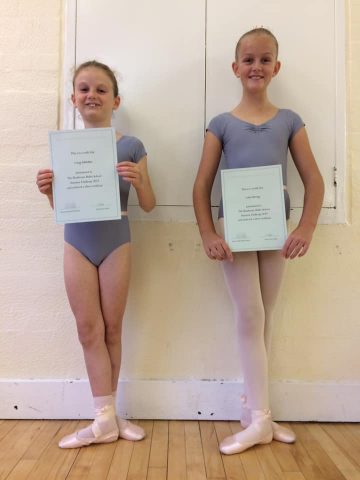 The Boathouse Ballet School began its life in 2016 at The Boathouse at Houghton Bridge, before moving to Bury Village Hall on Wednesdays, and The Victoria Institute in Arundel on Saturdays when the property was let. Moving to larger venues has allowed the school to expand, and it now has 30 pupils aged between two and 11, and continues to grow each term. The maximum class size will always be kept to ten so that each child can receive individual feedback, thus ensuring every child makes the best possible progress.
At The Boathouse Ballet School, the aim, through passionate teaching, is to pass on a love of dance and music, along with the plethora of life skills that ballet teaches. As well as encouraging good posture and a healthy lifestyle, dance fosters creativity, musicality, self-confidence, empathy – and patience! Concentration and listening skills are honed and children are required to cooperate with others, as well as performing alone.
Pupils are prepared for exams with the Imperial Society of Teachers of Dancing and their performance opportunities include small community events and participation in local festivals, where they have begun to have significant success.
Throughout the year, there are a number of special events. Once a year, there is a school trip to the Royal Opera House to watch a ballet, where the School is often privileged to receive a backstage tour due to its special relationship with the Royal Ballet Company. There is also a “Ballet in a Day” performance involving the whole school at Christmas, an in-house event for Mothers’ Day and an end-of-year Défilé (parade) after which all the children are presented with their reports.
For up-to-date timetables and term dates, visit: https://boathouseballetschool.com
Facebook page: www.facebook.com/boathouseballetschool
To speak to Miss Emily, phone: 07868 339519 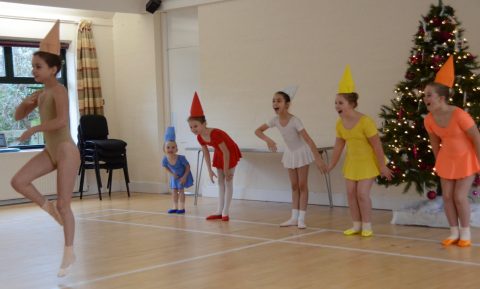 The Martlets Short Mat Bowls Club was formed in 2006 when members only participated in the odd ’one day’ tournament. By the summer of 2007, membership was growing and the club entered the West Sussex County League, playing in the lowest tier (4th) during 2007/8. Home games were played at Billingshurst Village Hall and they duly won the league and since then have won the 3rd tier, 2nd tier and the Premier league (1st tier) in consecutive seasons.

The Premier league has now been won every year since 2011 making it eight consecutive league titles since first entering the league. During that time the County Cup has found its way to Martlets on five occasions.

Many County titles have come the way of Martlets members and the club pride themselves in nurturing new members and bringing them on to be able to play Short Mat Bowls at high level.