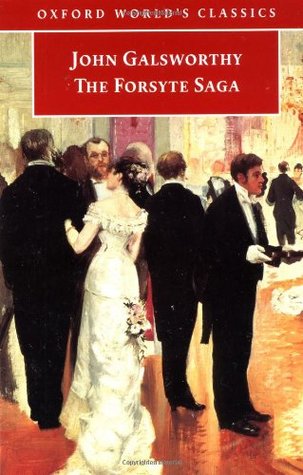 John Galsworthy, novelist and playwright and creator of The Forsyte Saga, lived for the final seven years of his life from 1926 at Bury House in The Street, Bury.

The popularity of Galsworthy’s fiction dwindled after his death but the hugely successful television adaptation of The Forsyte Saga in 1967 renewed interest in his work. The whole nation never missed an episode, or so it seemed. Eric Porter was Soames Forsyte, Kenneth More Young Jolyon and Nyree Dawn Porter starred as Irene, Soames’ wife.

In 1932, while living in Bury, Galsworthy was awarded The Nobel Prize in Literature “for his distinguished art of narration which takes its highest form in The Forsyte Saga”. He died the following year and his ashes were scattered from a plane across the South Downs.

When Galsworthy wrote the following in his most famous work The Forsyte Saga, he might almost have been describing a beautiful spring day in Bury: ‘It was such a spring day as breathes into a man an ineffable yearning, a painful sweetness, a longing that makes him stand motionless, looking at the leaves or grass, and fling out his arms to embrace he knows not what.’

Another writer to have lived in the village was Stella Morton, the author of a number of romantic novels in the early to mid 20th Century. Current residents of Bury still remember Ms Morton and her daughters living at Jessamine Cottage in Church Lane. She clearly found inspiration for her romances in Bury. Indeed, her book The Unrelenting Day has a fictitious village at its centre that is remarkably like Bury itself!

Arthur Stanley Cooke, in his 1923 book Off The Beaten Track in Sussex, wrote: ‘[Bury] is seldom absent from the walls of Burlington House and other London Galleries, nor is it to be wondered at, for the river takes a graceful curve here and the village lies at the bend of the bow, just where, from an artist’s point of view, it ought to be.’

And with artists such as Arthur Rackham, Edward Stott and Alfred Grace – whose picture below, ‘Amberley Ferry’, painted from the far riverbank looking towards Bury, is part of the Brighton Pavilion and Museums Fine Arts Collection –all at some time resident across the river in Amberley, and attracting a drove of artistic visitors, there is little wonder Bury and its riverside scenery have been so often reproduced on canvas. 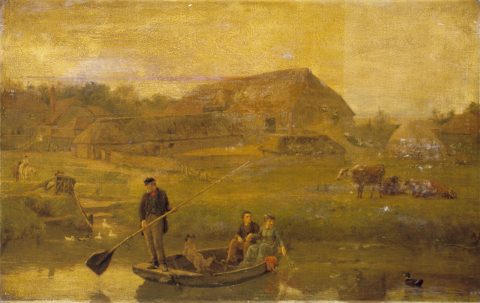 Hilaire Belloc, one of the most prolific writers in England during the early 20th Century, grew up in Slindon and spent most of his life in West Sussex. He always wrote of Sussex as if it were the crown of England and the western Sussex Downs the jewel in that crown.

Artists including JMW Turner and John Constable have sketched and painted views of the surrounding countryside and Charles Sims RA, Rex Vicat Cole and Phillip Padwick lived and painted in Fittleworth.

Just beyond Fittleworth, Sir Edward Elgar, composer and conductor, rented a cottage, Brinkwells in Bedham Lane in 1917. He found the quiet woodland inspirational ’wood magic’ and it was while living in Bedham, that Elgar wrote the greater part of his ‘cello concerto Opus 85.